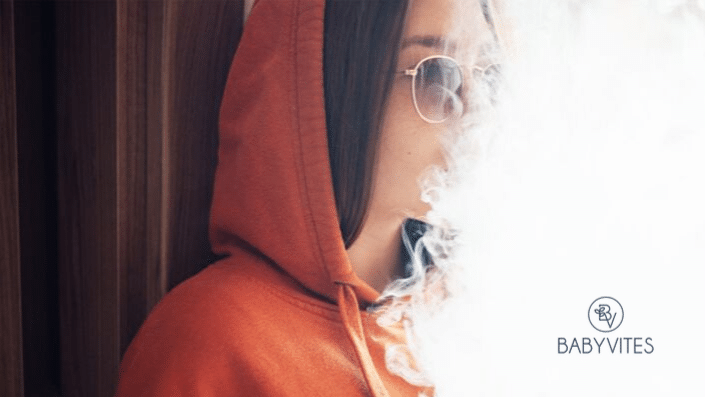 Alright guys, I’m just going to jump into it, teen vaping kills. Yes, I said it: those seemingly harmless, fruity flavored e-cigarettes are detrimental to one’s health, especially that of a developing preteen or teenager.

You can argue if you want, but the truth has been proven. In case you didn’t know, e-cigs can come loaded with or without nicotine and/or marijuana oil. We know that nicotine is addictive and causes lung cancer, but what we are seeing is the onset of a new kind of pneumonia with the accumulation of fat globules in the lungs. In an investigation by the State Department of Health, patients tested in the state of New York showed a compound called Vitamin E to be found in “very high levels” in their lungs, thus causing vaping-related illnesses.

FACT: The number of high school students who vape has doubled since 2017.

I know this is disturbing. The scariest part is, over 25% of high school students used e-cigarettes in the last month.

As of September 12th, the Trump administration is putting together a plan to ban flavored e-cigs due to the multiple recent deaths associated with smoking them. “We have a problem in our country, it’s a new problem, and it’s called vaping, especially vaping as it pertains to innocent children,” Trump discussed with reporters in the White House. Furthermore, the Food and Drug Administration is finalizing its “guidance document” that would eliminate all e-cigarette flavors available on the market, aside from tobacco flavoring.

What exactly is inside those e-cigs that kids are vaping into their lungs?

What does the flavoring actually do to the lungs you ask? Ok, here you go:

What are the signs of vaping-related illness?

If your child is displaying any of these symptoms and you suspect your teen is vaping, seek medical attention right away. Even if they are not displaying signs of vaping-related illness, the consequences of e-cigarette use and will last the rest of their lives. Vaping is extremely detrimental to brain and lung development and your child’s overall health.

If you use e-cigarettes, please, do yourself a favor and STOP! If you are a child, teenager, young adult, or whatever age, please STOP using e-cigarettes immediately.

As parents, you must be vigilant, especially if you suspect your child is vaping. Is your child unusually irritable? Have they become more secretive? Does their bedroom actually smell good for a change? Do something about it, find and get rid of their e-cig ASAP. Ink pens and USB drives, e-cigs can be disguised as everyday items, don’t be fooled. Talk to them, explain to them the dangers. No child wants to go off to college with an oxygen tank or worse yet, not be alive to go off to college at all. There have been one too many deaths and this needs to stop NOW!

The importance of the right nutrition in the first 2 years of age cannot be taken too lightly and or over-emphasized.